Apply to work with Kristel

Hey! Ready to step into your full potential? If it's a hell yes, I'm happy to help you achieve your goals.

Before we meet, please fill out this form so I can better understand your current situation, your goals and what kind of support you'd need.

Please reply as thoroughly and honestly as possible. Your answers will stay confidential.

After I've reviewed your application, I'll reach out to you via email on our next steps.

Thank you for your application!
I'll be in touch with you soon
Oops! Something went wrong while submitting the form. 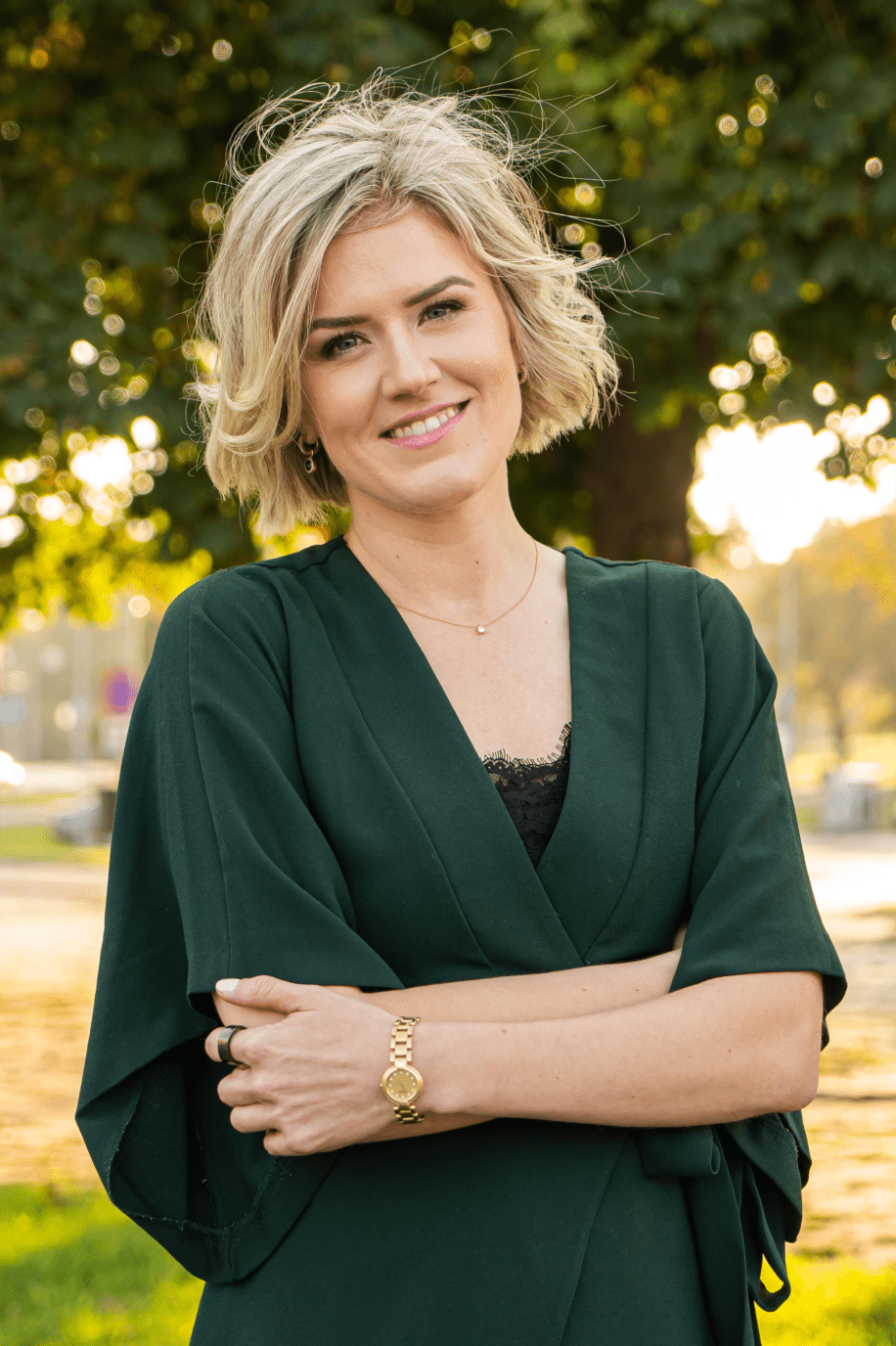 A successful workaholic who thought resting was a waste of time

I know what you're thinking.

" Thriving effortlessly? That's easy for you to say, you're successful and have it all figured out."

I wish it were that easy.

Yes, I am happier and more at peace with myself than I have ever been, but getting here was a journey that's ongoing. 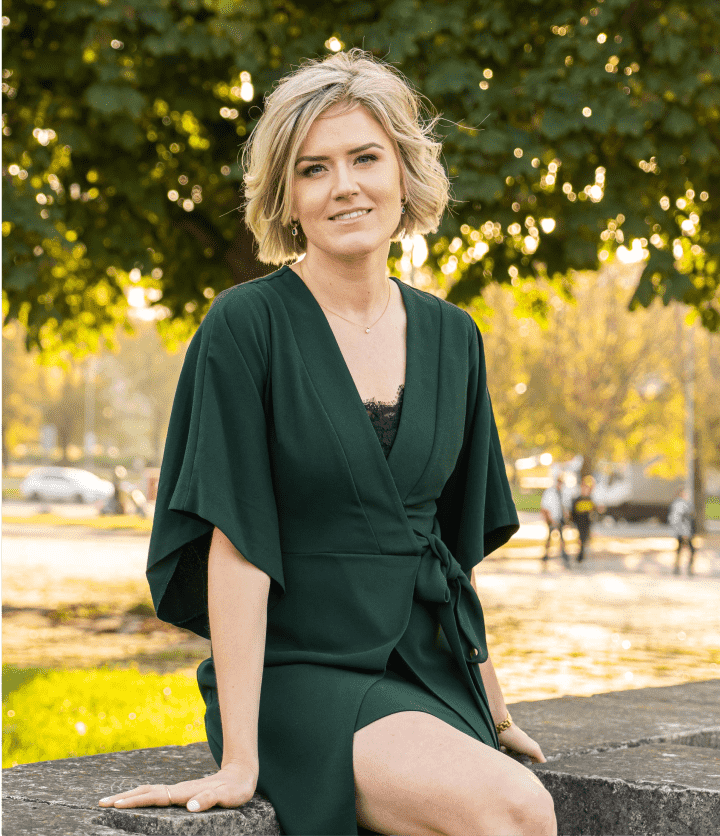 In fact, I like to say that I'm a forever recovering workaholic.
I spent years hustling and comparing myself to others to feel worthy. Even the 9-5 routine seemed too relaxed for me, and I took pride in the long hours at the office, fueled on caffeine, and a need for recognition. I believed taking time off was a waste of time, and sleep was my lowest priority.
And it worked … Sort of. 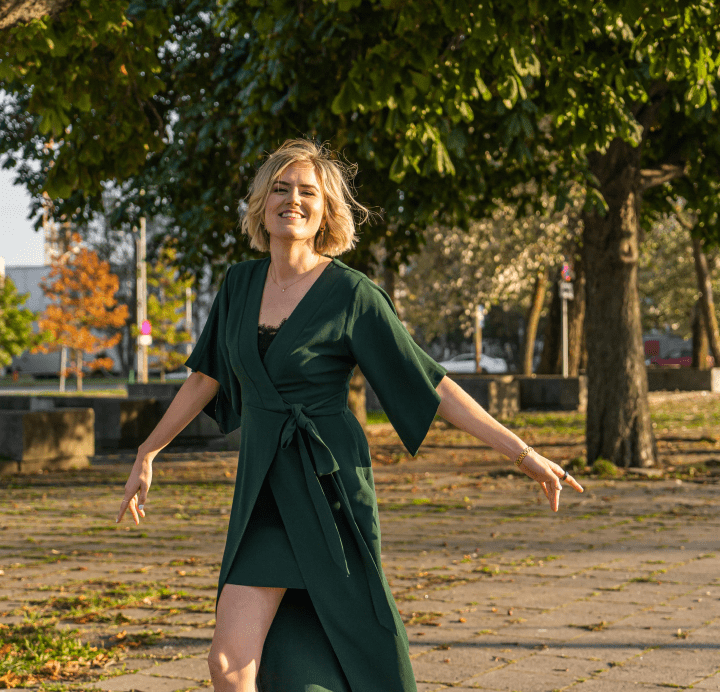 I was a thriving success in society's eyes.

From starting my first business at 17, to a 6-year career as a top door-to-door salesperson and sales leader, building a startup, and being accepted to the top 3 accelerators in the world in Silicon Valley, I was living life right.
I was one of the top-performing salespeople, founded four companies, and lived in six countries. I was a model entrepreneur and #GirlBoss.
But, behind all the success, I never felt I was enough. As soon as I had achieved one goal, I moved the finish line, belittling my own accomplishment, and moved on to a new goal. Nothing was ever good enough. I was never good enough.
I took perfection and non-stop work so far that at one point, my close ones told me they didn't recognize me anymore because I was acting like a robot.

I ignored the signs from my body and learned to fake it till you make it. I suffered from:

dissociation from my body

It wasn't a single event or eureka moment that made me change my ways.
Instead, it was the pressure and the cycle of insanity of working really hard and then burning out, over and over again. It simply got to me.
I was constantly in fight or flight mode, I found myself snapping at people easily, making unfair assumptions, and not giving others enough time to explain their side.
I was stressed. Emotional. I felt my behavior didn’t mirror the person I truly was. I simply didn't like myself anymore.

One day in spring, as I was just about to graduate from university, I looked up at the sky randomly and realized:

"If I constantly strive to create a better future for myself, then I'll never actually stop and enjoy the present moment. It is a never-ending loop."

But that didn't mean giving up on my goals and dreams. Instead, it drove me to find a smarter, more effortless road to success and joy in life. 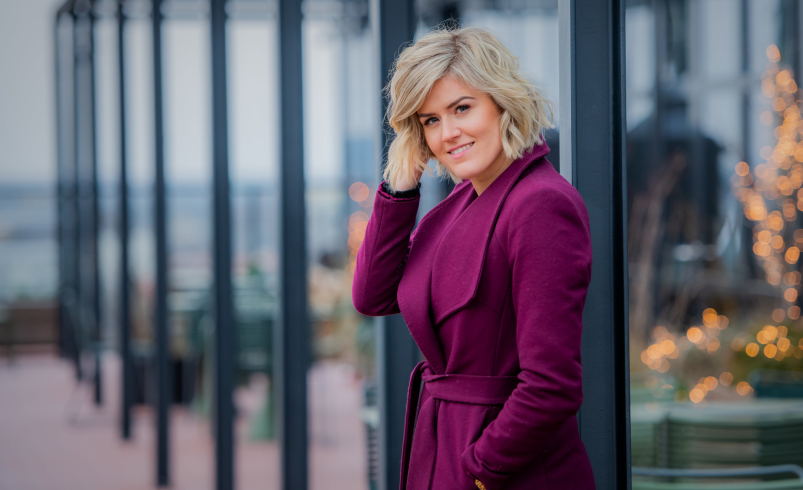 Learning how to effortlessly thrive in life

I immersed myself in research, courses, trial and error, and sought out the help of coaches, therapists, and even spiritual healers.

Over time with new insights I:

Redefined the meaning of success and productivity

balanced my masculine and feminine traits

healed from ancestral and past trauma

balanced my hormones and energy levels

made my body, my mind, and my environment work for me
...and I've never felt more fulfilled, present, focused, and balanced.

Was it all great? Of course not.

I ended up taking the different pieces I had learned and using them to rebuild myself in a way that was in line with my personality, my values, and my goals in life.

Did it happen overnight? Nope.

But why was it this hard to find the information I
needed?

I had spent years combing through and trying out vast amounts of information, ranging from neuro- and health science, to high performance principles and how our biological rhythms like our sleep-wake cycle or our menstrual cycle affect our everyday life. It shouldn’t have to be this hard.

Why should it be a 6-year process when it could be 6 months? Or maybe even less?

I wanted to make it easier for other women to have access to that knowledge, so they can thrive in life. That’s why I started my coaching practice.

My mission is to empower women to perform and feel at their best by managing their energy, not time.

As a certified embodied performance coach,

I take an evidence-based approach to empower women to thrive in life, effortlessly. More specifically, I'm passionate about how to make women's unique biology and their feminine-masculine traits work for them. 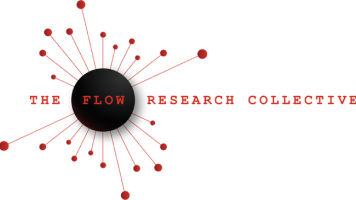 Ready to perform and feel at your best too?

Apply to work with me 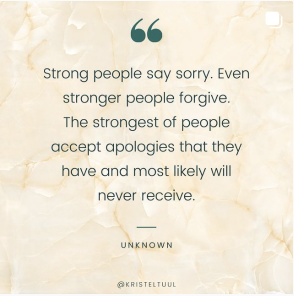 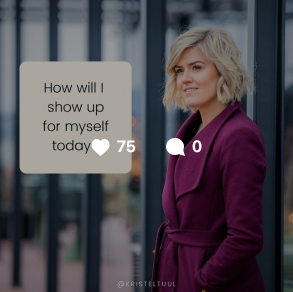 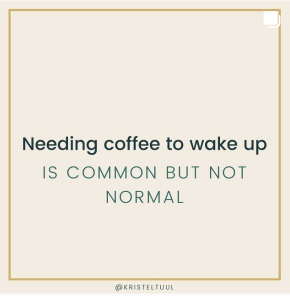 Kristel is a certified high-performance coach and trainer.
HomeMeWork with meSpeaking & workshops
Contact me